Why The Fuss Over The Book Fifty Shades of Grey? 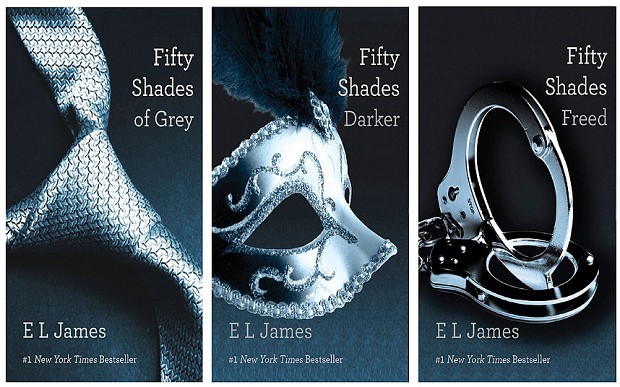 The plot revolves around the relationship of a university student of Literature, Anastasia Steele, and the young entrepreneur Christian Grey. The trilogy has been made famous by the story of his various sexual encounters, during which explores the dark side of romance, through submission, sadomasochism and domination.

Literary critics have been very harsh on the book, attacking the book for being poorly written and the lack of literary value. I am not a literary critic, neither I pretend to be one, however I would like to address the unleashed controversy through a sociological analysis.

First, we must consider that the value of any item or service is set by the consumer, based on supply and demand. The literary standard may say that the book is worthless, but there are 70 million people around the world who say otherwise, and the book have become a "bestseller". We live in a Democracy and we are ruled by the tyranny of the majority, whether we like it or not. I also disagree with most of the election results, but still I have to learn to cope with them. Instead of criticizing, the literary community should be analyzing what is happening with these wonderful works of perfect prose, that very few are interested in reading.

Third, this book is a setback for modern feminism. The main character, Christian Grey, is a successful entrepreneur, millionaire, handsome, chauvinist, dominant and controlling. It represents everything that modern feminists despise and consider it abominable. It would be nice to wake up from dreamland and recognize that the well understood Feminism grew out of the struggle in societies where women were suppressed, having only obligations and lacked the primary rights (right to receive education, rights to work, vote, and even the right of not wear a corset). Feminism has become a harmful current, where the woman is masculinize and the man has lost his manhood. However, there are millions of women pining for a "successful male" as Grey. Some feminists argue that thanks to them women are free to seek this type of "female porn", a fact that lacks fundaments.

The British screenwriter Kelly Marcel, who has been selected by Universal Pictures and Focus Features to write the script that will bring the trilogy to the big screen, described Grey as "old-fashioned and romantic". As anthropologists would say, we are animals, where the dominance is for the alpha male, the strongest of the pack, the one with more success, power and money.

Only time and history will give the real value of this book, and will answer the question if it will be considered as a classic of literature by future generations. However, there is no doubt that makes us think about our contemporary and modern society, the standards and values ​​that supposedly govern us ... versus reality.

This article was originally published in the Panamanian Magazine Intuición, Third Edition. You can see the original article here.
Please contact me if you find any grammatical errors, I apologize but English is not my native language
Posted by Unknown at 9:55 PM