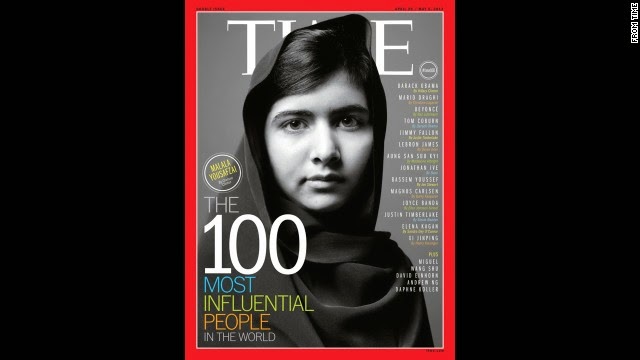 Today the Canadian author Alice Munro was awarded with the 2013 Nobel Prize for Literature.

It is certainly one of the best news of the day, she is the 13th woman to receive the Nobel Prize in Literature.

As the USA Today said: “She’s arguably the most popular writer to win the prestigious award”, and I would add, most likely one of the less politically influenced authors as well.
She won the Nobel Prize for her short writing, that means that you don’t need to be a novelist to win the Nobel Prize. Her short stories are rich, beautiful and many are about women. In today’s phone interview that was made by the Nobel Prize Organization she recommends her latest book Dear Life: Stories for those that aren’t familiar with her work. 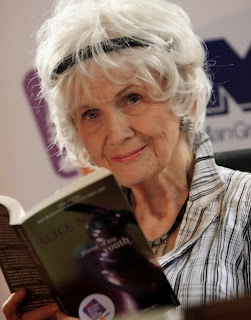 I am thrilled for Mrs. Munro and I congratulate her for the well deserved award.

Of course not all Nobel Prizes are without controversy. The biggest critics always goes for the Nobel Peace Prize that is tied to politics instead of Peace.

Some might say is the “noble” of them all, I would said is the most corrupted of them all. When instead of going for the most deserved candidate it usually goes to the most “politically correct”, and the one that is in accordance to the political agenda of the day.

You all remembered when President Barack Obama was awarded with the Nobel Peace Prize back in 2009, at the time he haven’t done anything for the global peace, instead he was awarded by his political career.

I wonder what will the Nobel Prize Committee will say now? “He's engaged in a drone strike campaign that would make Bush blush. George W Bush conducted 45 drone strikes as President, killing 477. Barack Obama conducted 316 drone strikes, killing 2,363. These figures are from the New America Foundation – and the total dead is probably an underestimate. The Foundation says that the number killed could be as high as 3,404 including 307 civilian men women and children. One leaked document suggested that drones had killed 94 kids in 3 years”. According to Dr. Tim Stanley article for The Telegraph.  Wow!!!

According to PRIO (The Peace Research Institute Oslo) Director, Kristian Berg Harpviken speculations, the Nobel Peace Prize of this year will go to any of these nominees in his shortlist:
If you ask me, the Prize should go without doubt to the real fighter and she is Malala Yousafzai. The 16 year old girl who in 2008 was 11 when the Taliban prohibited education for girls (in addition to prohibit music, television, etc), in Pakistan  and she publicly said: "How dare the Taliban take away my basic right to education?".

She started a campaign and fought for her rights and become one of the voices of the girls and women in Pakistan.

In October 2012 she survived an assassination attempt and now has told her story to the world in her book I Am Malala.

One of the other nominees is Claudia Paz y Paz, a Guatemalan.  Guatemala has a history of being awarded with Nobel Prizes. In 1967 the Nobel Prize for Literature was for Miguel Angel Asturias and in 1992 The Nobel Peace Prize to Rigoberta Menchú.

I am not here to discuss these two, nevertheless, I know very few who believe Rigoberta Menchú deserved the Nobel Prize. She has less than 3% of acceptance in the Country. She was used by the International Political Agenda of France, Norway & Co. She fought for her interests and no one elses. But that is an old tale.

Claudia Paz y Paz nomination is explained in the words of Kristian Berg Harpviken: “Claudia Paz y Paz Bailey, attorney general in Guatemala, had been responsible for the trial against former President, General José Efraín Ríos Montt, the first time when a former head of state has been charged with genocide by national courts”.

General Efraín Ríos Montt, is an assassin, but he is not a genocide. I believe he should face Justice for the crimes he committed (that are many), but the list doesn't include genocide. This woman turned Guatemalan courts into a circus for the international community that wanted to take revenge on the General. She seem to forget that in a war, specially like the civil war that was fought in Guatemala for over 30 years, you were either communist or not. Part of the Guerrilla or not. It was not about your race, it was about which side you were in, as in any war.

The other day I was reading Ender's Game with my son, and in the book, Ender, the boy General that save the earth against the buggers, was later accused of genocide.  Same story here, wars are not just, are not fair, wars are wars. Many innocent are killed but that doesn’t make it a genocide. Genocide is the explicit purpose to exterminate a determined group or race.

After this woman tried to divide the country, turned brother against brother, and used women and children as dices for her political agenda; you tell me she is in the short list for the Nobel Peace Prize?  What has she done to deserved it but to divide a nation that is struggling to heal after the Civil War?

How dare she is in the same category of Malala? a child hero that fought with her life for her right to receive education?

I don’t know the other candidates well enough and I don't consider myself fit to give an opinion, but anyone deserve the Nobel Peace Prize more than Claudia Paz y Paz.

I hope common sense will prevail and I won’t have to wake up tomorrow when the Prize will be announce to another circus and a headache.

Please contact me if you find any grammatical errors, I apologize but English is not my native language.
Posted by Unknown at 7:49 PM No comments: